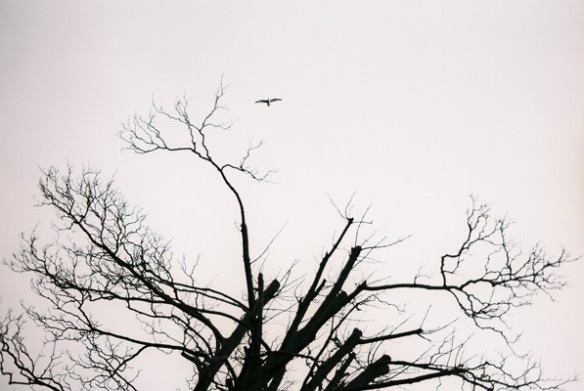 If this photograph is reproduced, please credit the author of this blog as the photographer.

The joys of light leak in an old camera…

If reproduced elsewhere, please credit the author of this blog.

I mean… it’s not as if he is actually cuddled and surrounded by the music, nor radiating colours that blend into one another as the tempo or key changes, but he may as well be.  He’s sat at the back, alone only because everyone else nearly has finished work for the day.  He cracks on with the work though, piles through his expected target and carries on, pushing for the end that never comes.  Contact is maintained though, he enjoys the friendship of the people here but, at times like this, when there is no-one to talk to nearby, he’ll happily listen to the music and become truly embroiled in it, within it, all around it.  In fact he breathes the music in, fuses it to his very soul.  It clads the scaffolding of his skeletal system like a second layer of muscle, such is the reaction to what he hears.

The pace of his body, its autonomic functions and active movements become, in turn, a reflection of the beat that propels what he is listening to.  That, as a consequence, becomes the beat of his being at that point in time.  It changes only at the whim of the DJ, the flick of a switch, from hardcore to punk to hardcore punk to electric to magic and back again.  The finger taps on the keyboard, the clenching of the muscles continue, and even the closing of his eyelids are all timed with the beat that the heart follows. 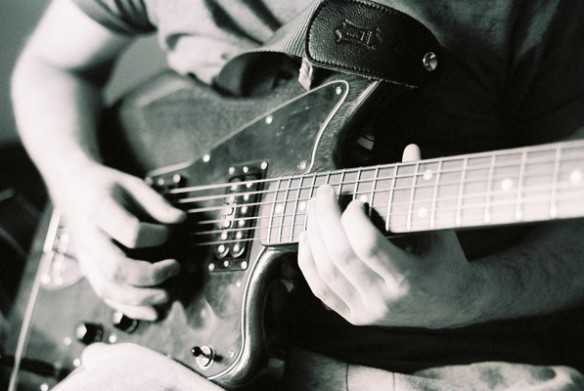 If this photograph (shot by the author) is reproduced please credit as appropriate. 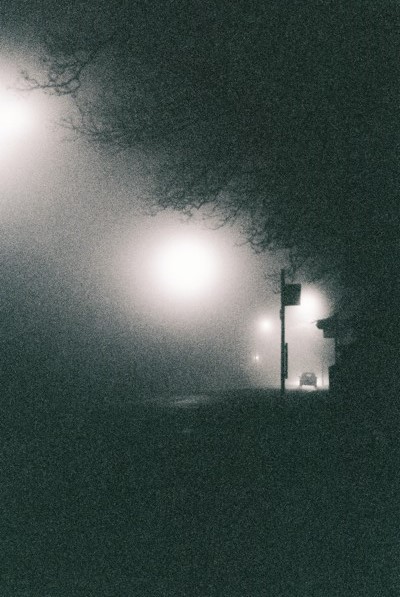 Once again I’ve recently been putting some of the photographs I’ve taken with my old Pentax S1a film camera into frames, and I think a few of them work rather well.  This is one of my friends, caught we as we were out taking photographs one day around town.  I have to say that, even though I used cheap colour film, I love the way that this photograph has turned out.  There is something in the crispness and texture of film photographs that I just cannot seem to see or feel in examples of digital photography.  Of course the flip side of this is the fact that I used a cheap digital camera to take a picture of the photograph in the frame to enable me to post it here!

The Pentax S1a was made in the early 1960’s and still works like a dream, no batteries needed.  The digital camera?  Broke tonight after only a few years use.  Typical right?

A photograph of my friend taking a photography.  I think that with this frame, a deep black frame, it really helps to bring the little scene out of it self, as fixed on a wall or a shelf the thick frame gives the photograph a nice depth.  Taken with my Pentax S1a on colour film, if used elsewhere please credit.

Here is another quick photograph of the sea, how I love the sea.  Again I have put it into a cheap frame but I think the white/cream highlights the colours within the photograph itself.  Also this one has turned out much better than expected.  I expected it to be slightly scuzzy and not really crisp or clear at all, but it has pleasantly surprised me. 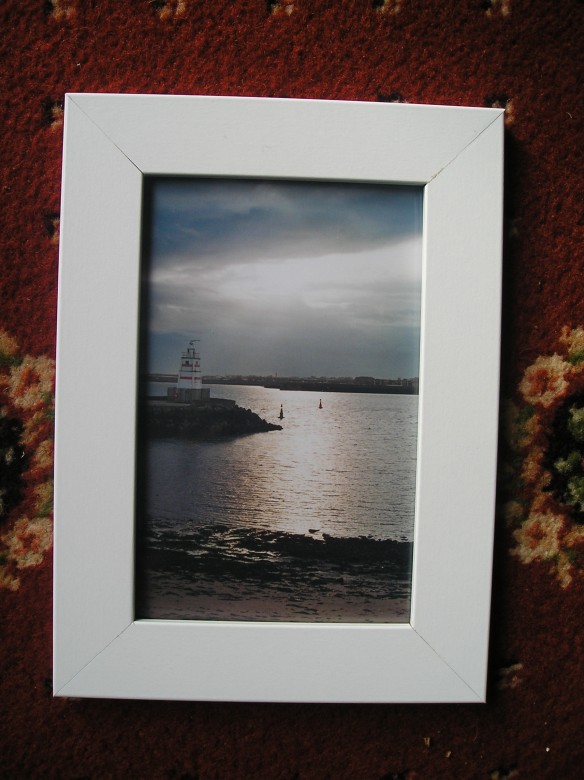 How my heart longs to be near the sea, within the sea and deep under the sea.  The fresh salty air is a balm to the roughest of days and always ensures a good nights sleep.  You know that the sea will break you down until you cannot be broken any more, it will not lie to you or try to comfort you.  It is nature at her harshest, at her most beautiful. Taken by me with a S1a Pentax camera with colour film, if used elsewhere please credit.

I’ve also got a few more photographs in frames but as I said the camera has broken so I unfortunately cannot upload them here at the moment.  I also think it is worth putting your own photographs in frames as it is a nice personal touch and evokes happy memories, and it makes you remember that being creative and spontaneous can lead to some lovely pieces of home art.